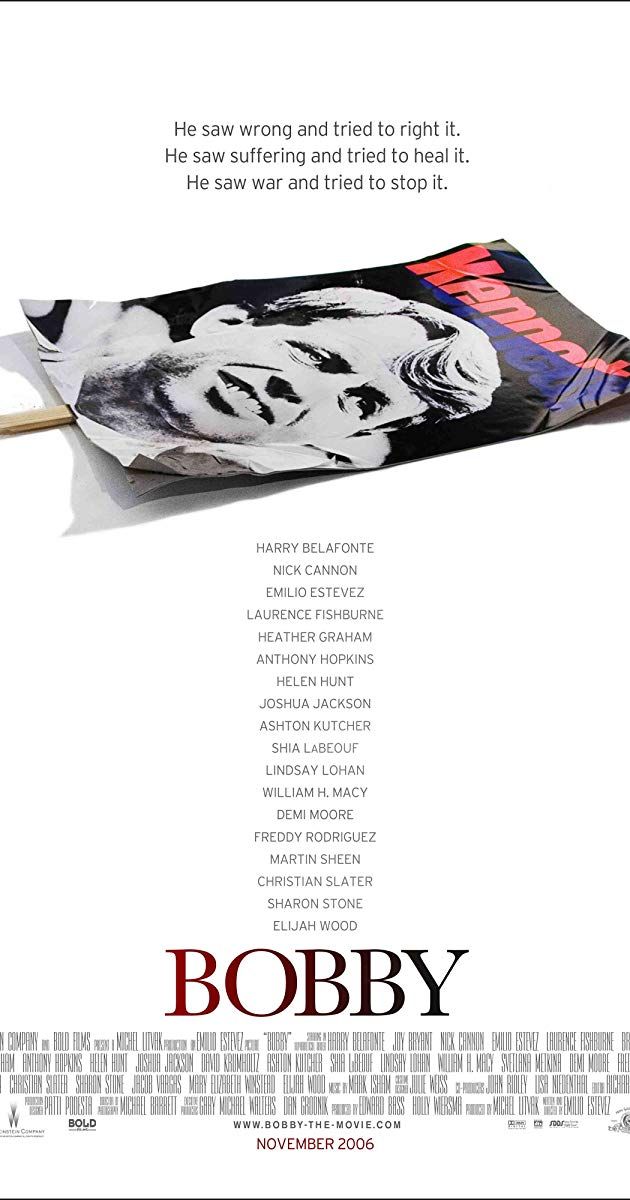 Bobby (2006) Directed by Emilio Estevez. With Anthony Hopkins, Demi Moore, Sharon Stone, Harry Belafonte. The story of the assassination of U.S. Senator Robert F. Kennedy, who was shot in the early morning hours of June 5, 1968 in the Ambassador Hotel in Los Angeles, California, and twenty-two people in the hotel, whose lives were never the same.